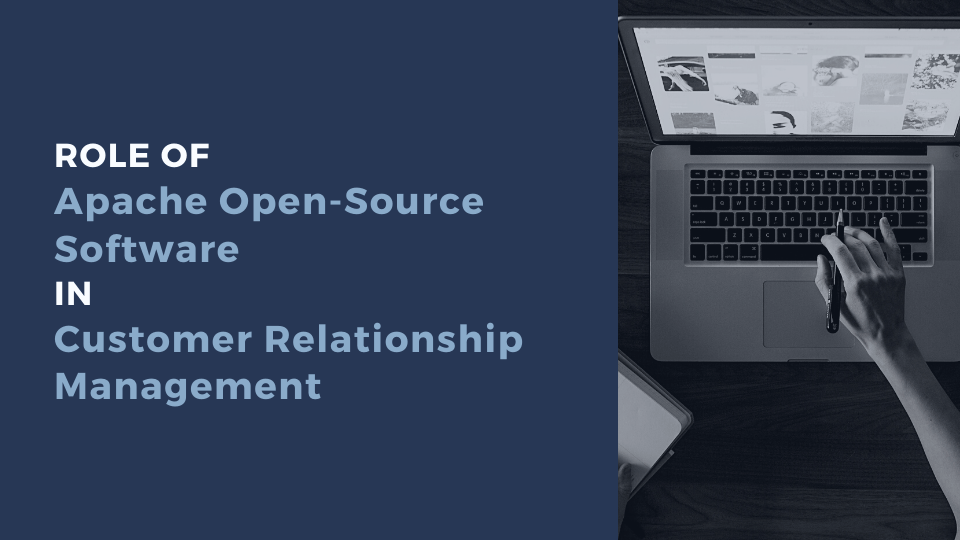 Running a business smoothly is as difficult as it is crucial. But letting complexities affect the productivity of one’s firm is never a viable option. Finding ways to uncomplicate these adversities effectively is of paramount importance for the growth of a company. Although achieving this feat wasn’t easy in the distant past, it is quite a simple task now, thanks to technology, Apache Open-Source Software, and its commercial field interventions. From computerized forms for placing and receiving orders to maintaining, analyzing, and predicting sales numbers, technology has made itself useful on each one of these rungs of business.

A tool for management: CRM software

The convenience that technology bestows upon a business is undeniable. However, the executives must choose what to incorporate into their systems with the utmost prudence. In that context, Customer Relationship Management (CRM) software is specifically designed to administer all your commercial undertakings seamlessly. This Apache open-source software’s primary plan is to ensure utmost customer satisfaction by mediating customer support digitally and facilitating advanced automation. Considering the importance of the task performed by it, the software has to be reliable and affordable to integrate and carry on maintenance.

There are open source and proprietary software to choose from when setting up your CRM infrastructure. If yours is a small or mid-level enterprise with financing constraints, open-source software is viable. Apache open-source software has a source code that is publicly open to the developers online, almost free of charge. Irrespective of that, the open-source CRM software compromises neither in quality nor inefficiency. The in-built architecture invites developers to tweak the program and improve it to the extent that it outperforms even proprietary software. The best example to be cited is Apache OFBiz CRM.

Apache OFBiz is an excellent open-source commercial utility suite that offers a versatile CRM solution for up-and-coming start-ups. The differences between a proprietary CRM and an open-source customer relationship management are minimal to none as far as its functionality and features are concerned. As previously mentioned, the only difference between these software types is the accessibility of their source code to the public.

Factors that make it distinctive

The advantages of relying on Apache Open-Source Software for CRM purposes are many. Consequently, its role in the development of this particular field has been significant. The following advantages are just a few of them.

Pioneering innovation is great. But when innovation, experience, and reliability are all bundled into a single package, that is excellence. Backing up your commercial undertakings with an excellent tool of significance will bring in a huge influx of customers and, consequently, extensive productivity!